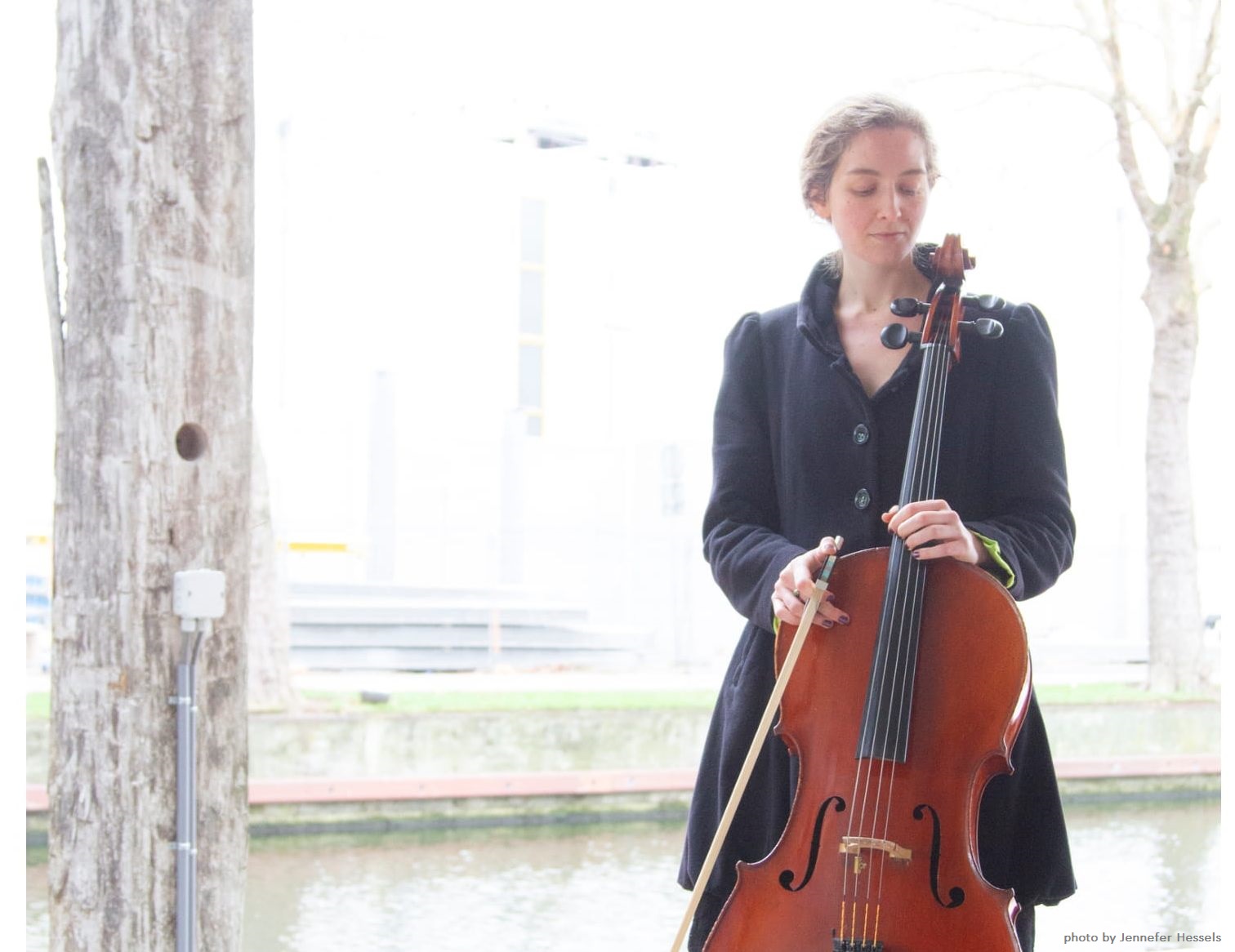 Wilma Pistorius was born in South Africa and started playing the cello when she was four years old. From an early age, she has been fascinated by the expressive possibilities of music and has been playing with music in her imagination for as long as she can remember. When she moved to the Netherlands in 2004, she continued having music lessons, and these culminated in a formal education. She got her Bachelors degree in composition at the Conservatory of Amsterdam with Wim Henderickx and Jorrit Tamminga in 2013, and simultaneously did her Bachelors degree in cello at the Conservatory of Rotterdam with Jeroen den Herder, graduating with distinction in 2014.

Her works have been performed in prestigious concert halls including the Concertgebouw and Orgelpark in Amsterdam, Anton Phillipszaal in The Hague, De Toonzaal in Den Bosch and Muziekgebouw Eindhoven, at various festivals such as Gaudeamus Muziekweek, November Music, CelloBiennale Amsterdam, and Cellofestival Zutphen. She has worked and played together with renowned musicians such as the Atlas Ensemble, Harrie Starreveld, Doris Hochscheid, Frans van Ruth, and Dhruba Ghosh.

As a cellist, Wilma is especially interested in performing contemporary music, preferably less-known pieces for cello solo and in small ensembles. She also loves the rich cello suites of Johann Sebastian Bach, and enjoys improvising and playing in experimental settings.

As a composer, Pistorius’ works are often prompted by sensory experiences and her inner reactions to those. She is intrigued by the question of what it means to be a woman in this day and age, and creates works that are woman-positive, celebrating the joy of her gender. She also particularly enjoys playing with different colours of sound and musical textures. The aesthetics of Japanese Zen art and Indian classical music have also been significant sources of influence and inspiration. Currently, she enjoys exploring the combination of sound and movement, using theatricality as an extension of her musical language, and is fascinated by the field of tension that lies at the intersection of different musical styles.